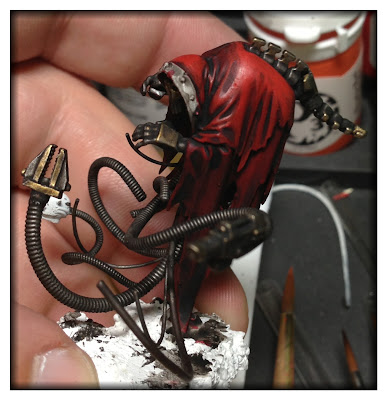 You know that dramatic, sharp intake of breath we see in the movies and television so often? The one that is so very well rehearsed, and used whenever something shocking has happened? Yeah, that one. It's got to be fake, right?

Not when you step on your Inquisitor at 7:45am as you try and get you and your son out the door in the morning, it isn't. That dramatic intake of breath is very real, let me tell you.

...enough of the drama that I started my Monday with yesterday, lets take a look at the progress so far. 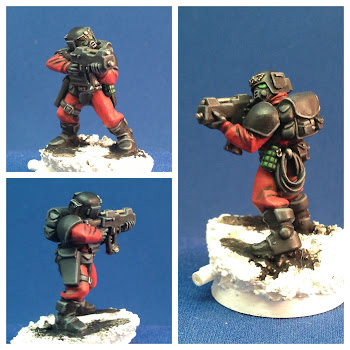 I decided to start this portion of the project and approach it in a way that I'd never thought to do when it comes to painting for a competition...batch painting. Well, sort of at least. I didn't want to get stale in my painting or my progress, so as I began on Saturday, I skipped around between the Storm Troopers, the Vindicare and the Cyber Pooch. Doing so actually worked better than I thought it would. Whenever I reached a part on any of the figures that began to frustrate me, I would just put it down and pick up a different figure to work on. Perhaps batch painting isn't the best term for this, but it's the best I have in my brain at 1:30 in the morning. Regardless, it worked! I was able to work consistently without losing focus. 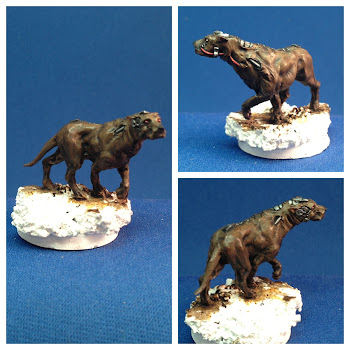 The Cyber Pooch was the worst culprit to make me want to throw a model across the room. I never did, but it came close on occasion. At the same time, I'd never truly painted an animal's fur/hide/hair with the express purpose of doing it well. So it ended up being a big of a learning curve for me, especially mince the Mastiff has a short hair coat. All smooth and no texture, so I had to create the illusion of subtle texture myself. I think it turned out well, actually. It better have after 8-10 layers of glazes and paint! 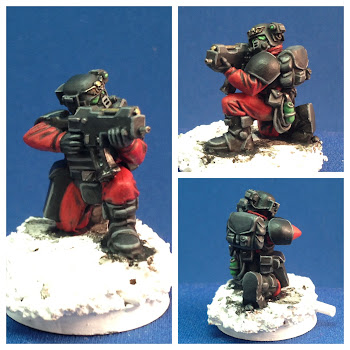 In the midst of that model, I went to and from my Storm Troopers and Vindicare. Many of the same colors are used on all four models, so it gave me a bit of a monotonous break from the dog. The Vindicare was originally to be just a touch-up job, but not being ale to leave well enough alone, I put a bit more work into him than I thought I would. I'm happy I did, he looks so much better now, but it was time I wasn't expecting. Ah well. 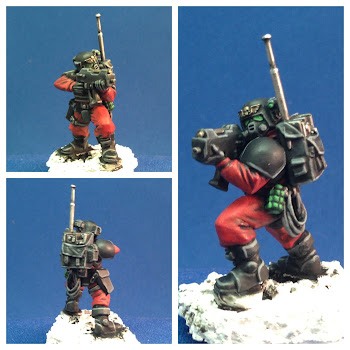 Saturday blended into Sunday, and I ended up throwing some paint on the Tech Magos as well once the Cyber Mastiff was finally done. Sunday blended into the fateful Monday morning where I did everything but crush my Inquisitor underfoot. Luckily all I did was pop off his hands from the arms, and weaken the joint of the back banner. I spent a few minutes re gluing, and then I was off to work. I'll be honest, I expected it to affect me a bit more than it did, but I fixed it all and still made it to work on time, the model and myself both no worse for wear. 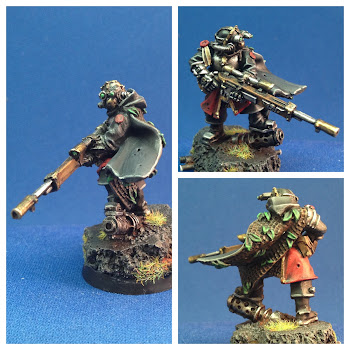 Last night I finished all three Storm Troopers, the Vindicare, and have the Magos 80% done now. I also blocked in a little color into the remaining two figures. The main display base has also seen some preliminary work! Provided I get done in a timely enough manner, some subtle freehand will also be included... 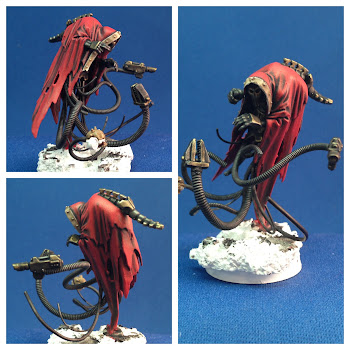 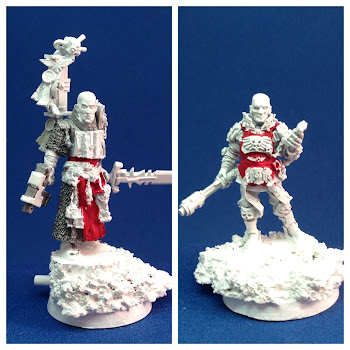 ...who am I kidding, I'll be up late adding freehand once all the figures are done. 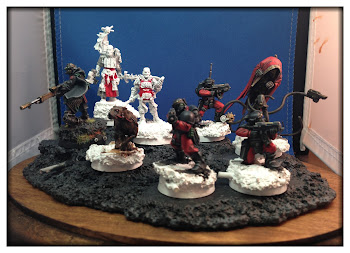 The pictures shot and placed throughout the article are all shot on my phone, because I didn't charge my flipping camera, by the way, but they aren't bad for a phone camera either.

More progress soon!! Who's going to Games Day this year?

Posted by Miniature Tim at 8:45 AM