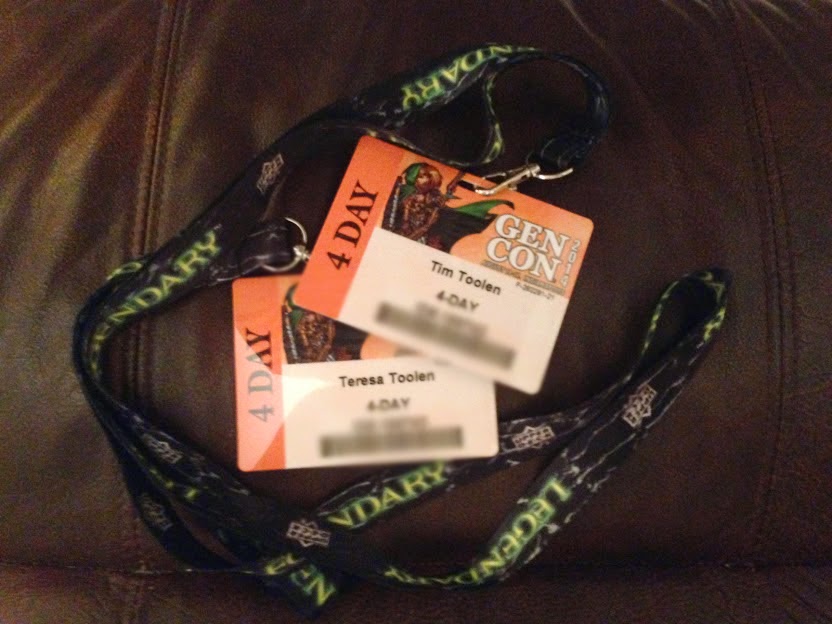 Guess what arrived in the mail?! GUESS!!

Yup, that would be both mine and my wife's Gen Con badges! It'll be my first ever Gen Con, and I can't wait. I'm not even playing in anything and I'm ecstatic to get there!

Yes you read that right, I'm not playing in anything AND my wife is coming with me. So what will I be doing? 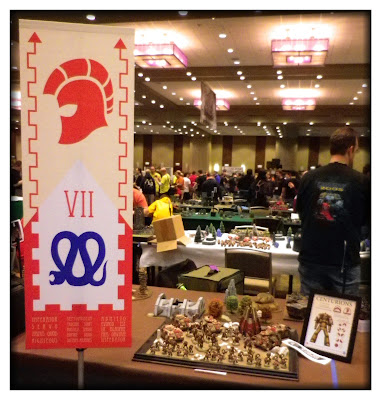 Just two wee articles ago, I thanked everyone for helping make Miniature Tim a success for the past 3 years and asked for topics that you, the readers, would like me to cover. Those topics will be covered in a new series, "Community Topics". The best part is that while I will be covering those who commented in the birthday post first, "Community Topics" is an open series that I will continue to take requests for! Don't hesitate to propose something that you've been searching for good coverage on, with little or no satisfying results so far, we'll get it covered here!

Dai brought up a great topic, and one that is highly pertinent to what I'm currently prepping for: Painting Competitions. What's so great about them? Why should we enter them? What if I'm not good enough?