I'd like to follow-up to my last article on Infinity with a bit about the gameplay itself, and why I find it so refreshing as a system. Let's be honest though, all I've played for the past 12 years is GW games, and before that it was Classic Battletech from FASA. So anything new would technically be termed "refreshing". However, I feel Infinity brings a truer sense of the word in it's gameplay and nuances.

No, I'm not going to break with tradition and start writing Battle Reports on this blog. At least not yet.

Read more »
Posted by Miniature Tim at 10:00 AM No comments:

Getting Bit by the Infinity Bug

Okay, so perhaps "Bit by the Infinity Bug" is a bit of an understatement. Since I finished the Hatail Spec Ops figure for Casey last November, I have only dove deeper and deeper down the rabbit hole. I believe that it actually may have devoured me whole and spat out a truly devoted fan of both Corvus Belli and their game, Infinity.

Considering I try and maintain an unbiased attitude on this blog though, I thought I'd actually bring you into my head (slightly scary thought), and show how and why I reached the conclusion to invest in this game and it's community.

Kits for Bits: What to Buy Purely for Conversion Fodder

I've been asked time and time again how my bits collection got so large, and why I keep half of it anyway if I don't play army "X" in the first place. The truth of the matter is that I collect bits for conversion fodder. The latest articles highlighting the Inquisitor conversion is a perfect example of what an extensive bits collection can help you do.

But what if you're just starting out in the hobby? What if you want to kick off a bits collection of your own from scratch?

Edit:  There has been an overwhelming response to this, and folks are adding to my starter lists every day now!  Keep em coming, and keep coming back to check out the additions! 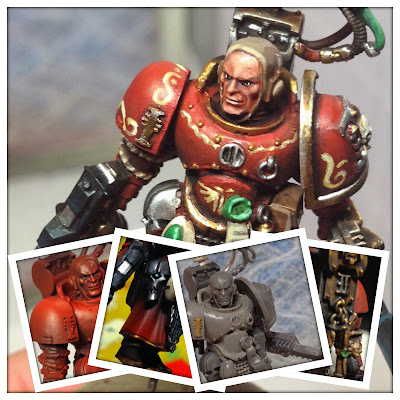