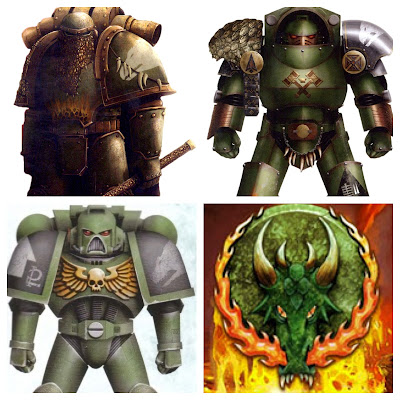 Airbrushing and the Hobby - First Steps

Well, my first steps at least. I know plenty of folks out there are already using the airbrush as a much-valued tool in their hobby arsenal. But how is a beginner supposed to…well, begin?

I've dug around the interwebz, and come up with an amazing amount of information on not only airbrushing within the miniature war-gaming hobby, but in the scale modeling hobby, and just airbrushing in general. Everything from forums, to blogs (surprising, I know) and YouTube are amazing sources of information, inspiration and material that are invaluable to the beginner.

So rather than make everyone else dig like I did, I've pilled it all together here!

The Road to Adepticon Begins!

Well, technically it began about 3 months ago when I started soaking all my Forge World Resin, but that's besides the point.

Adepticon is held annually in Lombard, IL, just shy of Chicago, and is one of the most anticipated events in the tabletop hobby industry. The first to pioneer and make popular the famed 40K Team Tournament, Adepticon has expanded since it's beginnings to include virtually every genre and style of tabletop gaming, and is host to CMON's Crystal Brush competition.

I've been attending Adepticon starting in 2006, and haven't missed one since. So what's in store for this year?

Looking back to this time last year, and what I had wanted to accomplish…I never did finish those Necrons I started. I also didn't enter more competitions, or competition pieces, as even though I painted more figures, it was for a single category. With the release of the Tau, and more Heresy goodness, I know I didn't avoid the "Ooooh, Shiny!" Syndrome.

I never seem to put up a winning average when it comes to New Year Hobby Resolutions, so I've decided to forego any this year in lieu of something a little different.

So what do I have planned?