Inq28: The Rest of the Retinue 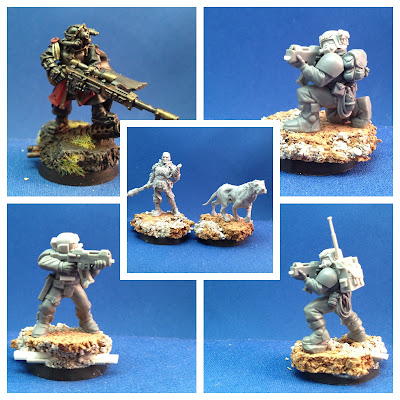 Well if I'm going to enter the Golden Demon, 40K squad category, I suppose I should fill out the rest of his retinue, right? I gave it some thought, and while I would love to fill each and every spot in the retinue with a custom converted figure, I just simply don't have the time for it. Looking through the bevy of awesome sculpts I already have available to me, I made some choices.

Of course…that doesn't mean I didn't do some more conversion work.

Considering my limited time-frame, here's the parts list for this last section of the modeling portion of this project. 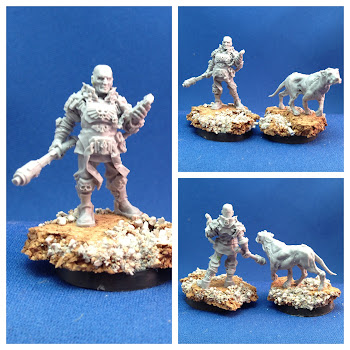 In all actuality, I also had the OLD Forge World, Special Event Figure Pilot in this list, as well as this year's Death Corps Quartermaster. I ruled out the pilot because he was standing just so serenely, that he wouldn't have fit into the diorama. The Quartermaster though, I truly wish I could have included, but it just wasn't in the cards. 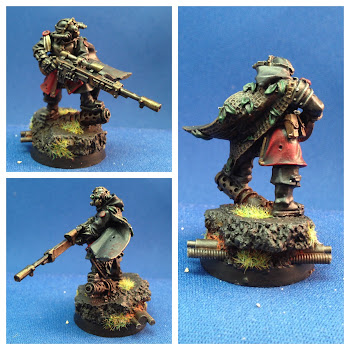 I've also included my Counts-As Vindicare Assassin from the Vostroyan sniper. I originally painted him up for my 2000 Point Grey Knights, and now am cleaning up his paint job, and adding some more detail and finesse to him to add to the display. 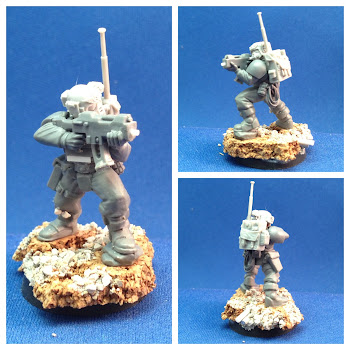 The bevy of bits you see above, aside from the whole models, are what form the 3 "Red Shirts" of the Retinue: the Storm Troopers. I've had these guys sitting around for YEARS, collecting dust. I've even blogged on them back in December of 2011 HERE, if you want to read the full, in-depth conversion article. I've always loved them, but never did anything with them, so now was the perfect time for me to get a little closure and satisfaction from these models. 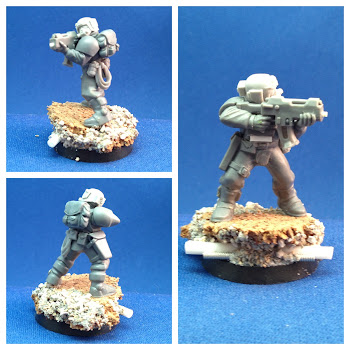 I did clean them up a bit more though, eliminating some final mold lines and adding on some compact backpacks of gear from the cleaned up medic bags. All in all, I still love these figures. 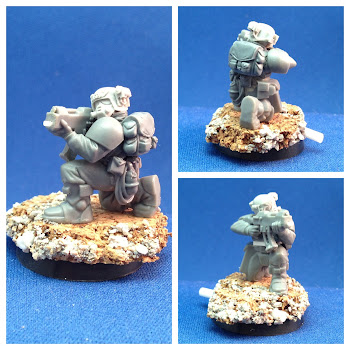 Now for the final picture before the painting begins…here is the entire crew, on their base and display for Golden Demon!! 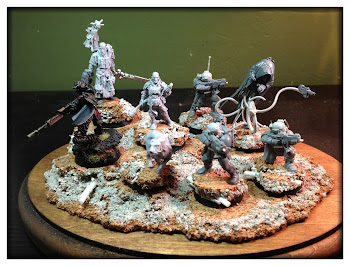 Monday will start the Painting feed…er posts. Man, three posts in three days. What is this world coming to?

Posted by Miniature Tim at 1:44 PM