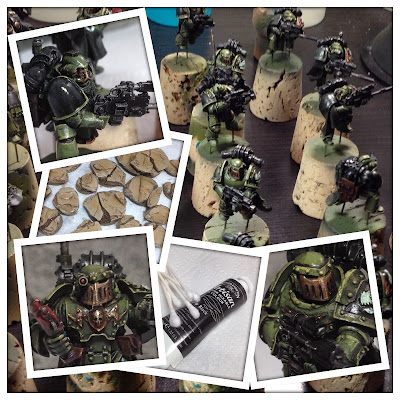 I swear I am never doing this again. The two weeks before Adepticon have been hell on my sleep schedule, and I will never procrastinate like this again...

...and if you believe that, I have a bridge to sell you. Heck, my wife doesn't even believe that.

How about we get to the painting in progress shots before I delude myself any more than I already have?

I actually have some basing shots to share this time around! I created some slate rock shapes by pressing actual broken pieces of slate tile into Sculpey and baking them. Then I cracked them apart and shaped them with scissors until I got the random shapes I desired. I decide to go for more of a yellowed rock to contrast and compliment against the green of the marines, and really make them stand out. Using the airbrush, I layered grey, then brown on top of that, followed by two successive lighter shades of a yellowed brown, and finally a bone floor mixed with while to bled into the edges. Here's a quick step-by-step of of the final stages of the oil wash and clean up of it. 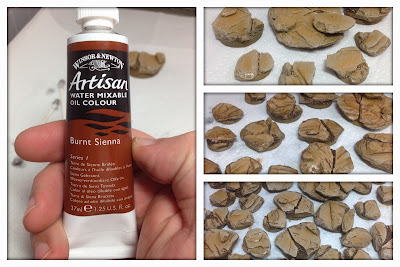 All that's left for these now is a dull coat and some dead grasses here and there.

The following shots are of the Tactical, Recon and Terminator squads, as well as the Thunderfire Cannon and it's gunner. These are all after the gloss coat and oil wash, but before the clean-up. 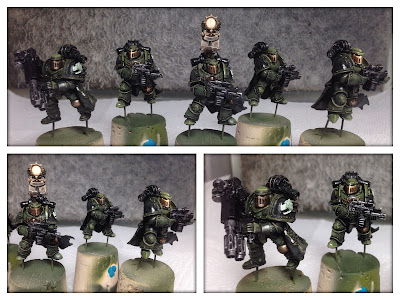 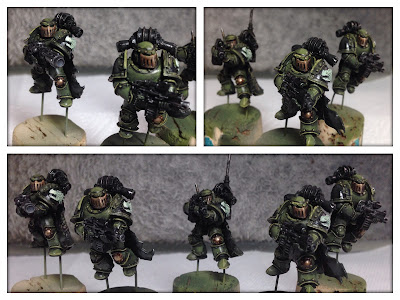 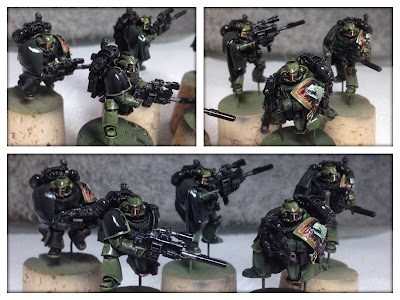 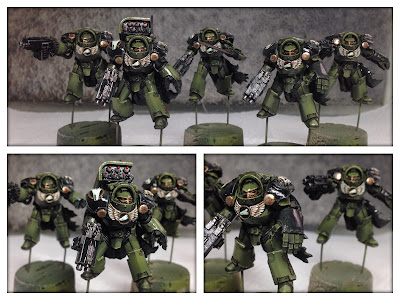 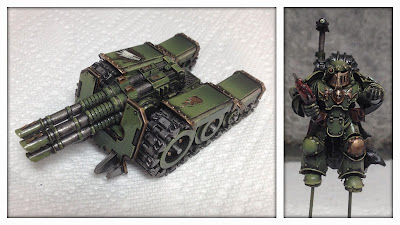 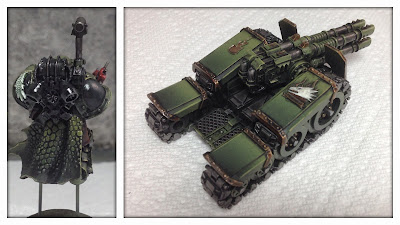 Finally, here's and actual shot of where I was as of 1:30 last night! I'm actually in god shape, and will have some nice shots for everyone tomorrow on the final figures. Wednesday I should be able to show the whole army! 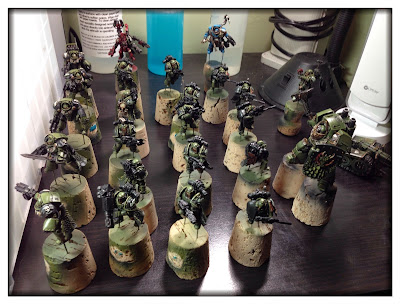 There's a light at the end of the tunnel!! Now I just have to hope it's not the train...

Posted by Miniature Tim at 1:16 PM