"Investing" in Your Hobby Future... 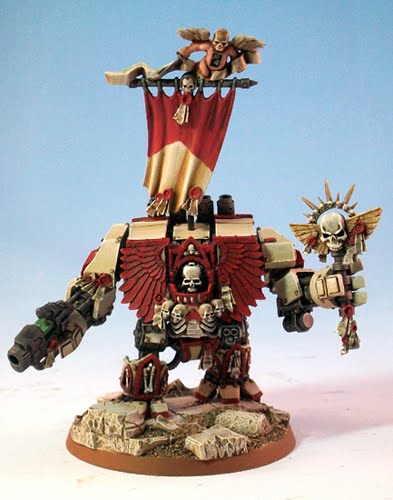 This was the first Forgeworld model that I finally assembled, painted and actually used in an army, much less a game of 40K. Note that I didn't say this was the first I ever bought! The first I bought was a Grey Knights Dreadnought... About 7 years ago. That I lost about a year later when I moved.

Losing that Dreadnought didn't really teach me a lesson though, as the next year I bought at least 4 squads of Red Scorpion upgrades, and some various other bits and bobs at a Games Day. Those ended up sitting in my Bitz Box for 3 years before I finally found a use for them

But I DID use them eventually, and for my Centurions even!!!

That got me thinking though, did I "invest" in the future of my hobby, or just waste money?

I haven't "invested" in just Forgeworld models either. You've all seen a picture of my Bitz Box, (and if you haven't, check the archive, it's there) and by my own admission it's not my only Bitz Box, nor does it count the models I have still in box or on sprue. I can't count how much GW product I bought without and real direction in mind. I must have about at least a few hundred dollars worth of models I still have yet to do anything with... Hmmm... Okay, maybe a bit more than that even, considering I have about 1500 points of Eldar still in the box and on sprue. Just don't tell my wife. 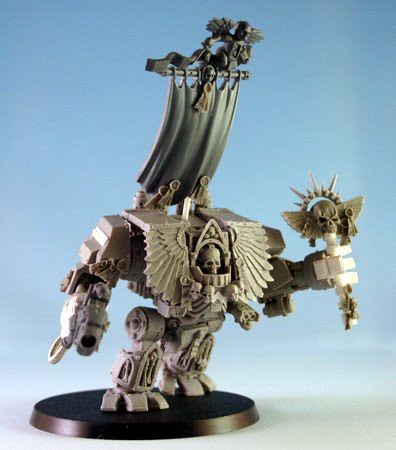 After all these years, I've come up with a new policy for myself when I'm considering a purchase for the hobby, model-wise, that I have no specific use for yet. I look to my current inspirations for projects and purchase with that direction in mind. And when I say "inspirations", I mean solid project ideas that I've begun to plan out, not just the next new shiny kit that I want because the models are stellar. At Adepticon earlier this year, I bought a few items from Forgeworld, with two projects in mind; a Raven Guard successor chapter called the Storm Crows, and a Pre-Heresy Alpha Legion army. I also only purchased a few pieces, not enough for entire armies. And while I still have yet to work on those two projects, they are still fresh in my mind, and on my plate, creatively. 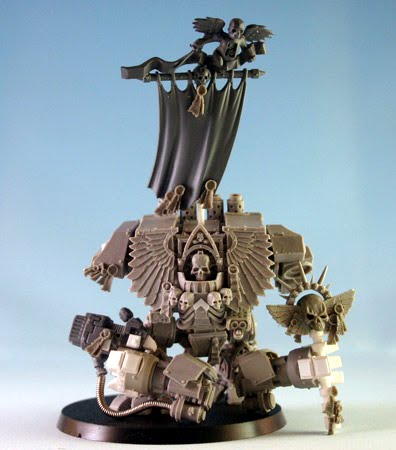 While some may say I've wasted money, having all those Bitz allowed me to make some truly unique models for my Centurions, as well as the Inquisitor I posted yesterday. Without the large variety of Bitz to choose from, I wouldn't have been able to accomplish at least 75-80% of what I have finished. Nor would I have the volume of options I currently have available to me when assembling a project.

So that brings us full circle to my earlier question... did I "invest" in my hobby, or just waste money? How have you "invested" in your hobby future?

Posted by Miniature Tim at 9:45 AM