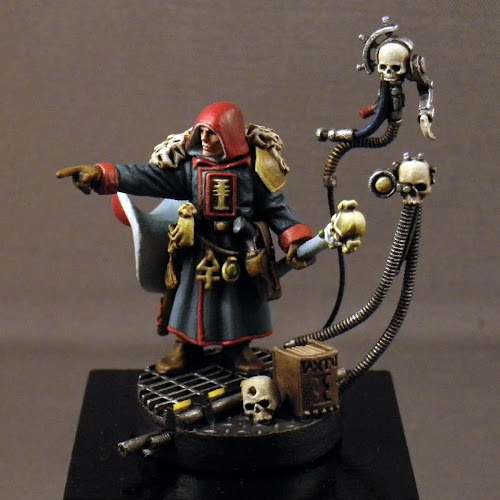 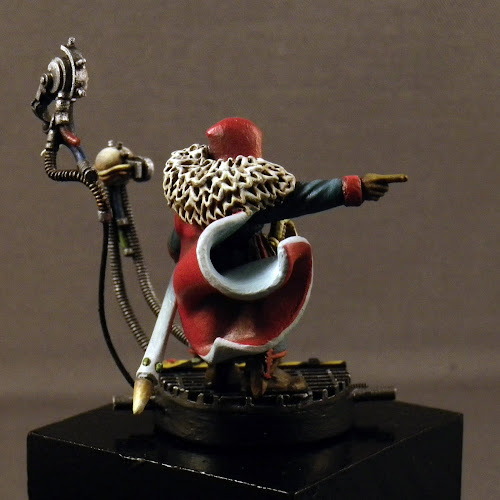 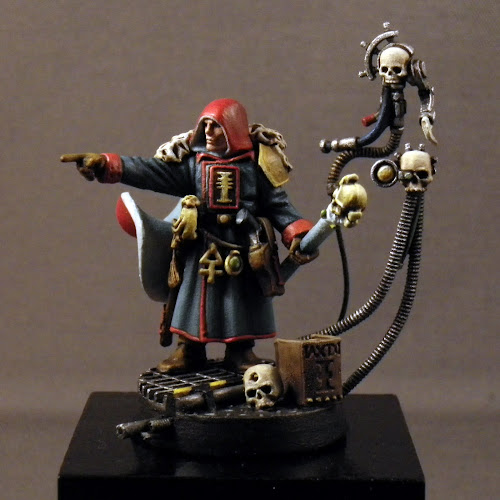 Ugh. Getting started painting at 10 pm is never the best way to start out the night, let me tell you. What I accomplished this night was the final highlight on the reds, the face and hood, as well as the gloves, boots and staff.

I ended up glazing the boots with a little thinned Devlan Mud because the blending and highlights came off a little too bright.

The gems on the staff were a bit of a challenge. I think I pulled them off, but I also think they could be better. Believe it or not, the quickest part of the night was the face and eyes. I also used a thinned Devlan Mud here to tint and shade the face, and the eyes only took me two tries! 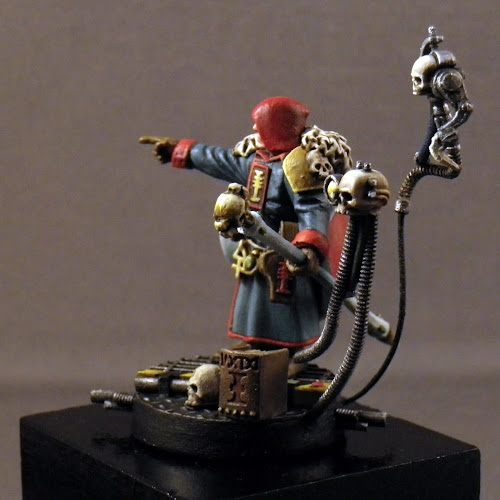 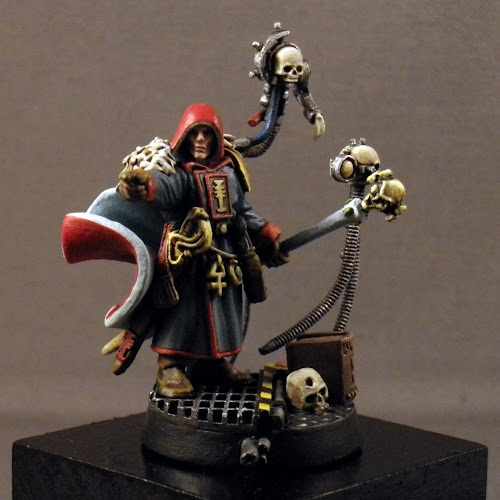 The Cloak and Base, the last two parts to finish on this.

With the cloak, I painted the interior with it off of him, then once I had the blending to where I wanted it, I glued it on. The red and fur and final highlight on the interior were all painted with the cloak on him. The cloak itself took maybe 2-3 hours. Once I had that done, I figured I'd get to bed earlier than I thought since the base shouldn't take too long.. right? RIGHT?

Nope. The base took from 10 til 3am. Ah well. Total time spent painting him was approximately 22 hours.

As I finished writing this last Wednesday night/Thursday morning, it was 4am, and the pictures were just taken. While removing the figure from it's temporary base, I cut myself, and bled on the staff, which then had to be touched up. So yes, I can honestly say that I bled for this figure.

Painting one single figure for competition has taught me quite a bit. Especially how I'd change painting certain parts, with what kind of painting process, etc. However one thing I can say for sure is that I'm pleased I finished it, and no matter how well or poorly it does, I'm happy with the figure. Would I change something on it even now? Sure I would. But I'm happy with it.

I'll plan a more in-depth post about preparing a figure for competition for the near future.