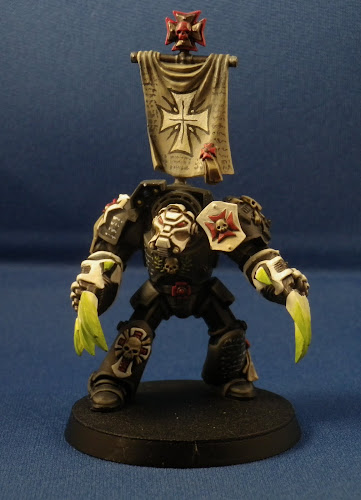 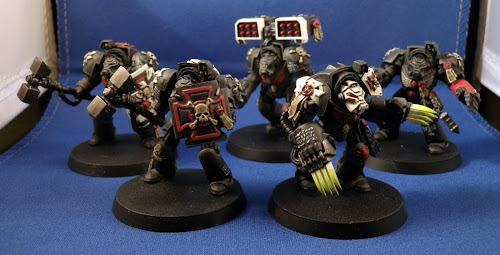 For the above two squads, my main goal was to keep the quality and color consistent. I'm pleased with the way they came out, though I have to admit, at times I think I went a little overboard with the "litanies" painted on their armor. My client was happy with them though, so not too much to complain about. A neat little accomplishment, though, is that I was able to make the paint scheme of each Storm Shield unique. I tried to for that and I'm happy it worked out, as it keeps the feel of pride in the marine's gear.

I put a bit more effort into these guys, especially the Banner Sgt. and the Apothecary, pictured below. 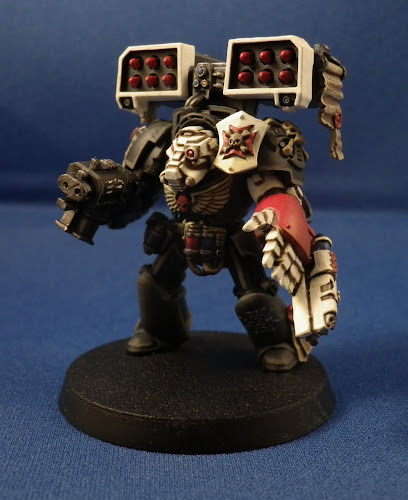 I'm very pleased with the way the Apothecary turned out, and had fun with the Banner's freehand. The blending of the cloth of the banner came out better than I expected as well.. Detailed shots below. 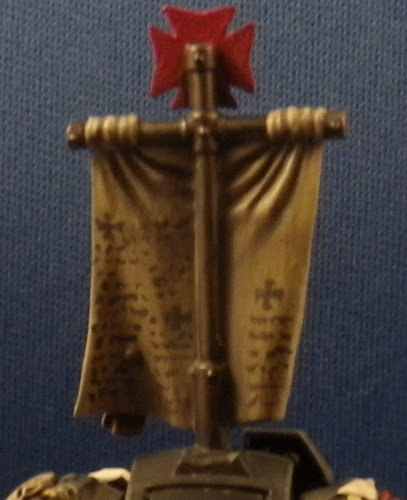 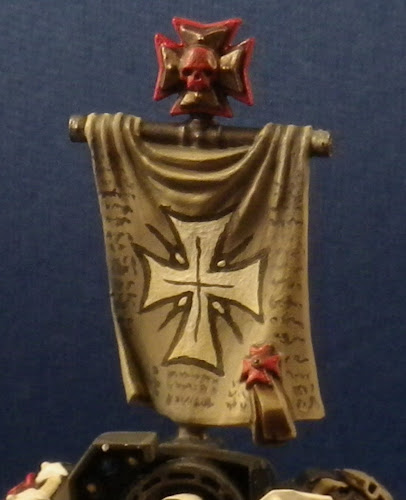 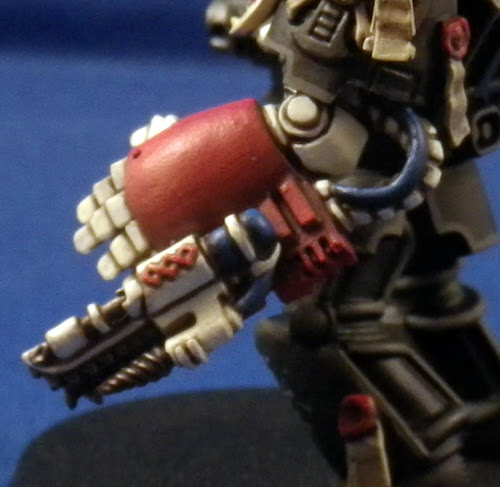 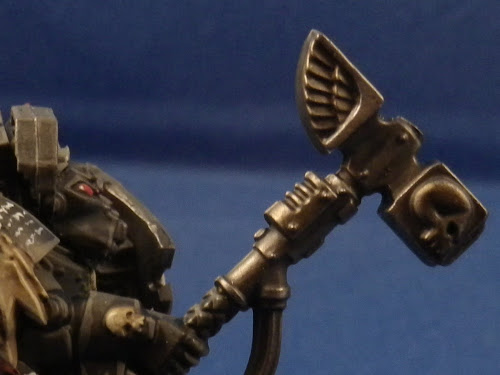 More to come on these in the near future as the Devastators are at 75% on my worktable, and my deadline is approaching!