"Mr. Owl, how many kits does it take to get to the plasticy center of a dreadnought?"

You've seen that commercial, right? The Tootsie Roll Pop one from way back they keep recycling? I kind of felt like Mr. Owl when my wife asked me how many model kits I really needed to make just three dreadnoughts. She's been around this hobby as an observer for long enough to realize that typically one vehicle kit equals one complete vehicle.

Of course, she also knows me and how overboard I can go with a conversion to get a model to look exactly how I want it to look. So her question had a bit of a dual-meaning to it; literally how many kits was I going to use, and how much would it end up costing!


First, I suppose we should get the prerequisite ridicule out of the way...yes, I am fielding three Psyfledreads in my Grey Knights army. Who the heck came up with that nickname for them anyway? Second, they are darn good units for a cheap cost, of course I'm using them.

Back on track, I had a bit of a struggle with these three models as I wanted them to all look very unique, yet at the same time they all have the exact same outfit of weapons. I certainly didn't want to fall back on the Forge World Autocannon arms. While they would have made my work easy, I was trying to avoid spending any more money on them, not to mention they'd all have the same look. What to do?

Yeah, who'm I kidding, you know what I did. I went overboard. 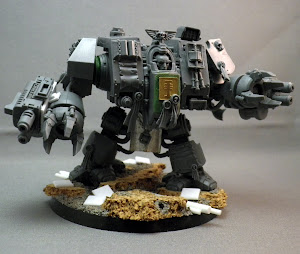 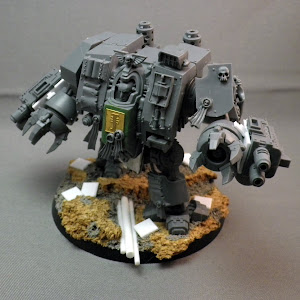 This guy gave me the most trouble because originally I had his autocannons as actual short autocannons underslung on his fists... It just didn't look right. I was mulling over possible fixes when I saw my Dreadknight and noticed that the gun housings for it's weaponry look slot like over-sized stormbolters. So after some hacking and shaping, as well as relocating the autocannon barrel ends to these, he had two storm-autocannons. A little trimming off of any Blood Angle iconography, and we're set! 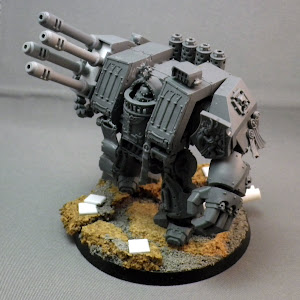 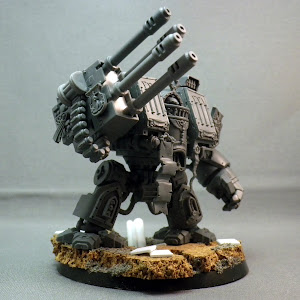 The second came together pretty easy, actually. Grabbing the hurricane bolter arm from the Ironclad kit, I closed it off flat, and turned it into a quad-barreled Autocannon. Te ammo feed from the Furioso kit and a half canister of Autocannon ammo, and he was set. I like how he turned out, looking and even angled down in a ready stance. 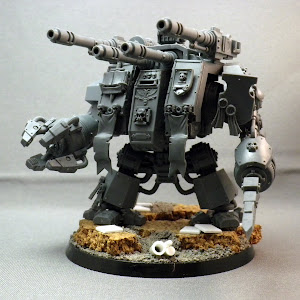 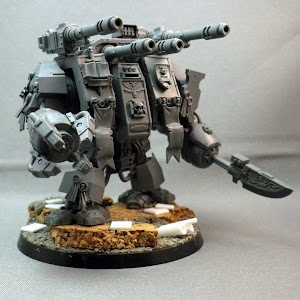 The final Dreadnought was the most fun for me to work on. I took his inspiration from a mecha off of the original Robotech series, one of the Destroids. I took the magna grapple from the Furioso kit, mounted it on a Venerable it after some creative shaving, and installed Autocannons from the Aegis Defence Line on it. After that it got the shin plates from the Ironclad because it just looked like a walking tank to begin with, and it's arms share origins form both the Ironclad and the Furioso.

There! Three Dreadnoughts with identical statlines, that look like three completely different machines of destruction for the 41st millennium. Yes, yes I know, I could have made this so much easier on myself if I had just ordered Forge World arms, or did the standard fix using the Aegis Defense Line mounts for the arms themselves...

But where's the fun in that?