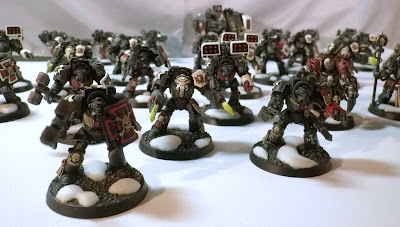 When is something considered a “Throwback”?  After one year has gone by?  Two maybe?  What about three?

It was back in 2011 that I completed a Deathwing-style Black Templars army commission for a friend, and it’s hard to believe that was 4 years ago!  Wow.  It was also before I owned an airbrush, so all my subtle blends for the blacks to make them not boring were done by hand across the whole army.

This week in history, we’re going to take a gander at the Command Squad for this Templar-Wing army.  I’m sure by now the army composition has changed completely for a force like this, but that doesn’t make this any less of a fun project I had the pleasure of working on!

The roster for this particular command squad consisted of a Banner-wielding Lightning Claw Terminator, two Thunder Hammer/Storm Shield combinations, a Chain Fist load out, and finally an Apothecary with a Cyclone Missile Launcher on his back.  I swear, by the end of this particular army, I could blend the colors Bone, Red and Charcoal Black in my sleep.  I also started stretching my wings a bit more in the simpler aspects of freehand.  I do wish I had kept up with that a bit more, but then again I tend to wish I was painting more right now in any capacity.

…more on that later.  On to the pictures!! 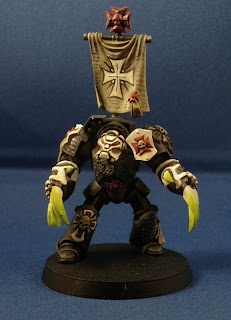 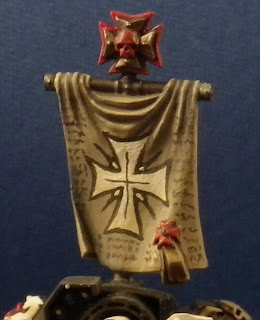 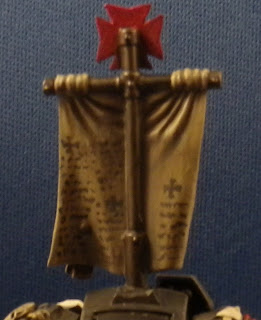 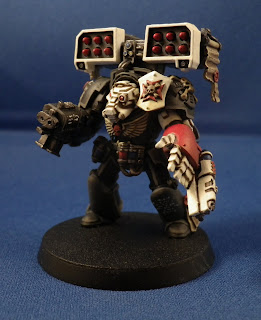 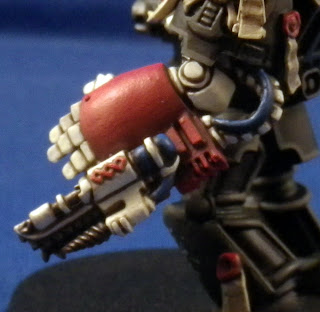 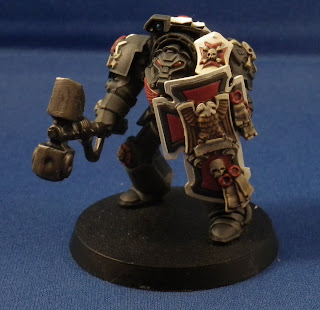 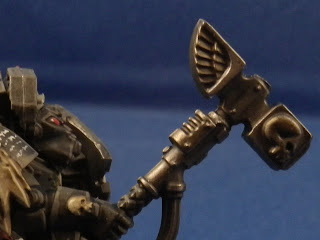 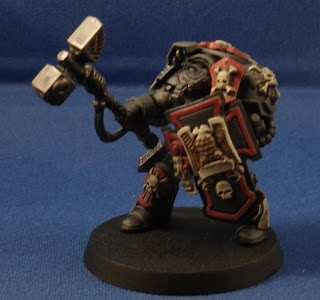 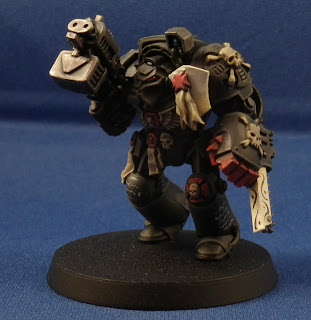 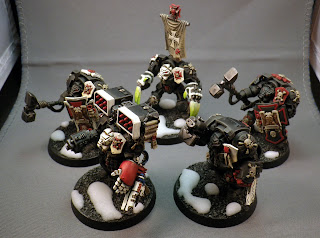 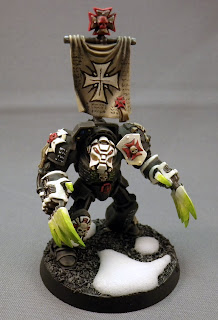 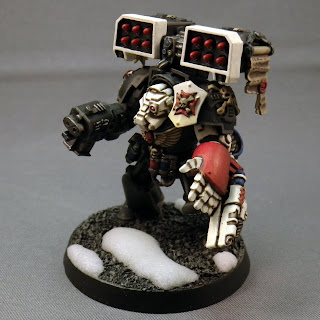 I will have to say that I did truly thoroughly enjoy this project, and was happy to have had the opportunity to paint at least one Deathwing style army in my hobby career.  I also was able to figure out how to create some rocky, tundra/snow style basing for the first time!  That was a fun exploration, let me tell you.  I’d do it a little differently now, but only slightly.  Mainly adding sheets of broken ice to help add more depth of texture and interest to the bases.

This is also the last full-army commission I ever took, and will ever take again.  I just don’t have it in me, neither in relation to time available, nor in the desire to do so.  I’ve happily recommended friends in the industry like Brandon at GMM for army commissions since then, and will continue to do so.  If you’re in the market for something like that, you should definitely check him out!  Brandon does amazing work, and is worth every penny.