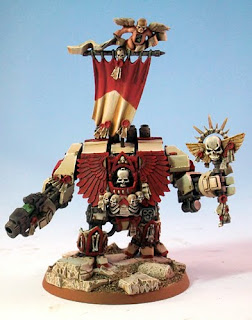 As a nod to a certain KrautScientist, I promised a while ago that I would showcase my Centurions Marine DIY Chapter on the blog, as I really haven't ever done so.  Why I really don't know, as it was the most involved I've ever gotten into an army project.

…of course, I still haven't done it.

That said, I have decided that I'm going to start a new series in the blog with the ever-popular social media tag of "Throwback Thursdays".  This week, we're going to visit a Chaplain Dreadnought I converted specifically for my Centurions Marines.


Probably 2 years before I ever started creating the Centurions, I bought the Chaplain Dreadnought from Forge World because I just plain loved the model.  I mean, c'mon, its not like you've never bought a chunk of resin, plastic or metal and let it sit for year right?  However, when it came time to build the dreadnought for this force, I couldn't help but dig this guy out and go to town on conversions. 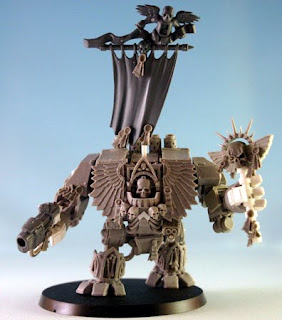 Let's dig up an old game I used to play on this blog back in 2011 called "Name That Bit", and see what all was used, shall we? 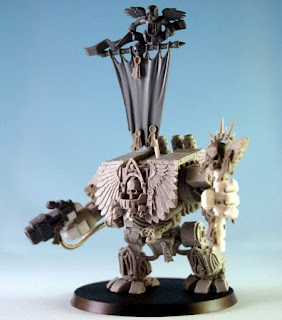 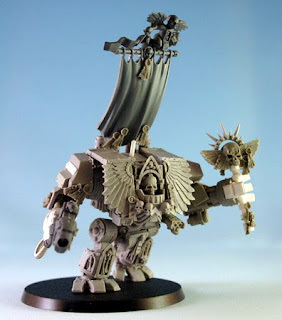 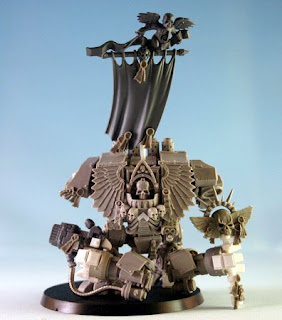 Also, in the end I actually kit bashed two more arms for him: a missile launcher made from a Chaos Maring Vehicle Havoc Launcher, and a Twin-Linked Autocannon arm made from various Guard bits.

That's not too terrible of a shopping list, is it?

Don't answer that.  On to the finished product! 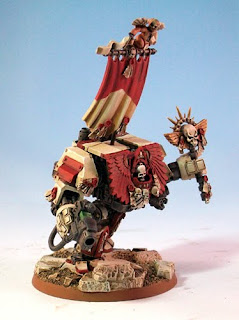 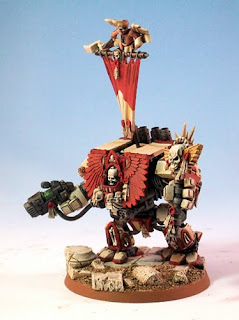 All in all, a fun piece to have put together and paint.  I actually had the opportunity to put this in front of Chris Borer and have him critique it for me, and loved every minute of it.  Chris really helped me see where I needed to take this to push it to the next level.  Maybe one day I'll dig him out and put those last few hours of work into him and make him really shine.

So what did you think of the first installment of Throwback Thursdays?  Yes?  No?  Want to see more?