Back from Fishin & Feast of Blades

If the heading hasn't given it away, I took a bit of a much-needed vacation after Feast of Blades. Nothing recharges your batteries after working a bunch of overtime, then spending all weekend long across the tables from various opponents like escaping civilization for a week and landing trout and bluegill.


Of course, escaping civilization has the adverse effect of putting any posts I could concoct on the back burner until I could get to a wifi location, or home. Yes, I could have planned a post with a delayed publication date, but I didn't...

So what did I do? Do you read Dark Future Games' blog?

I did extensive coverage of Feast of Blades over at Dark Future Games. Friday's coverage is here, Saturday's here and Sunday's here. Friday saw my arrival, the Armies on Parade competition as well as the Blogger's Roundtable, webcast by 40K Nation. I've got synopsis of all six of my games on Saturday and Sunday's coverage. Saturday saw my biggest surprise and highlight though in that Mordian7th lives close enough that he was able to come down and throw his scratch-built Leviathan against my Grey Knights. It was an absolute blast meeting him and hanging out for three or four hours, rolling dice with a great guy I've never met but have talked to for over a year now.
Wait, something you thought was missing from my DFG posts were more pictures? Oh, well then, take a gander below... 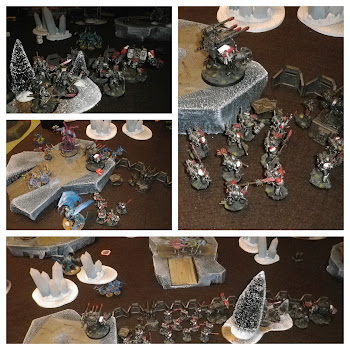 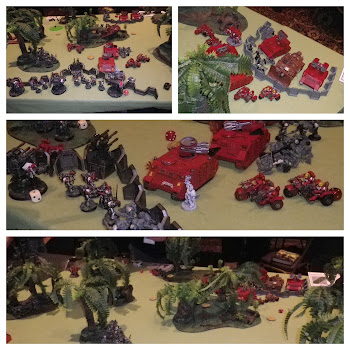 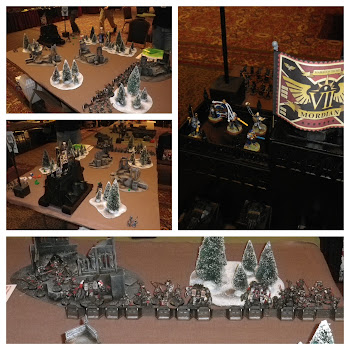 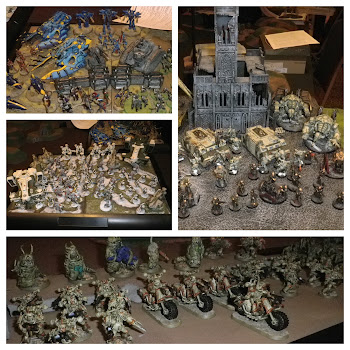 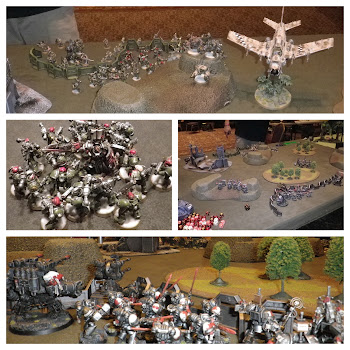 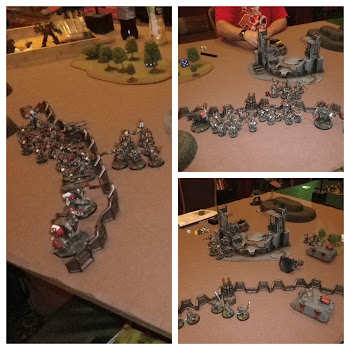 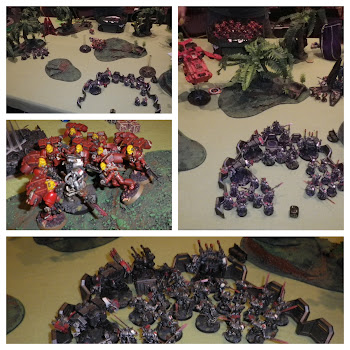 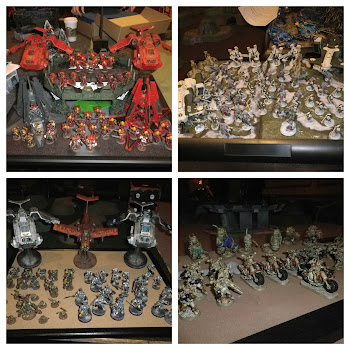 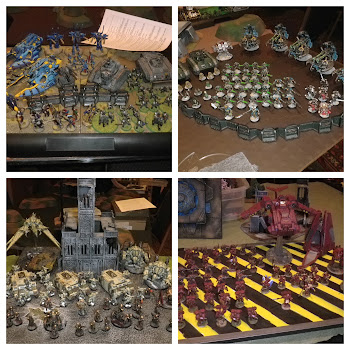 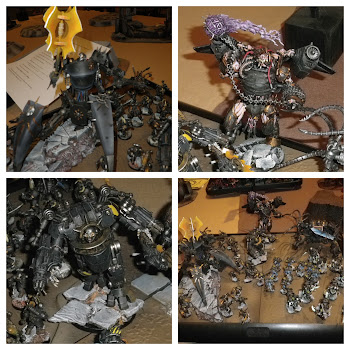 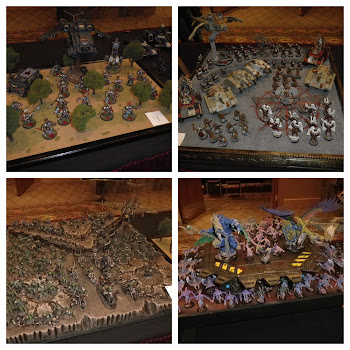 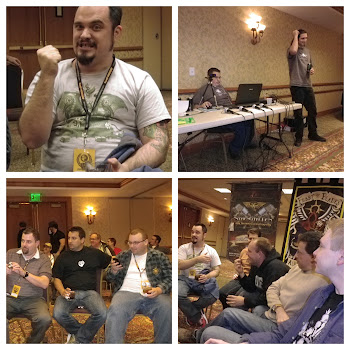 Feast of Blades was a new experience for me. Some things that set this event and tournament off from others would be:

The game-store like atmosphere of the whole event. They had a DJ spinning all weekend long in the main hall, arcade games that didn't cost a dime and a very laid back feel to the whole place. Maybe I'm too used to the sheer size of Adepticon, but this was an atmosphere I'd love to see mimicked at other venues.

They had achievements that you could earn throughout the tournament for doing things like killing a warlord with a squad leader, controlling the opponents fortification, destroying at least 2 fliers in one game with snap shots, and more! When you got one, they gave you a purity seal you could pin to your shirt, of a good size too. Got enough of them, and you could trade them in for a bigger one...which I have one of, by the way.

Eventing ran on time. Even when they were running a little late on Saturday, everything still ended on time. They were extremely conscientious of those of us who had to catch flights, and the awards ceremony today was done on time, and shuttles were there to help us hoof it to the airport.

Feast of Blades was very well done. You could tell that while it might be smaller currently than some of the larger GT events out there, they are growing, and ambitious about their growth. They truly want to put on one heck of a gaming experience for everyone who attends, so that they all bring their friends the next year.

And yes, I did repost a bit from my Sunday post on DFG, but everything above bears repeating.

Did you go to Feast of Blades? Do you wish you had?

Posted by Miniature Tim at 8:00 PM