So today is the day where I say, "Hey Look, I'm back!!' And then make all kinds of happy promises about updating regularly, right? Well.. sort of.

I won't bore anyone with my previous health issues, just suffice it to say I'm finally back on track health-wise. Lately, as in in the past couple months, I've even been able to devote a little more time and energy towards hobby-esque things as my health progresses for the better. In addition to actually working on projects, I've decided to make this Blog more of a priority as well. The goal is to update once a week. If I do it more, then great, but for now, but let's be realistic here. Once a week is a good start.

I have exported most of Tim's Mini's posts over to there as well so that once you relink over to my new home, you can stay there and the archives will be there too. Not that there was much to start with, but still.
This also means that I'll be much more involved in an online sense, and you should be seeing me through the Warseer forums, BoLS Lounge, Dakka, Work in Progress and Bolter and Chainsword. Not to mention the bevy of blogs that ware out there for all of us to peruse and drink in.

In addition to finishing up some additions to the Centurions for this past Adepticon, I've started taking commissions this year. The first was a Kholek conversion, then cam e a Storm Raven for a local shop. Then we enter a dead space for about a month while prepping for Adepticon and after that I took on a Deathwing army ala Black Templars style, which is what I'm currently working on. After that I'll be working on an entire Modular City Scape for a gaming table.

Beyond that, I'll be accepting new commissions! If anyone is interested, just let me know via email and we can work out the details form there.

I'm drafting some future articles on the commissions I mentioned, as well as some in-progress of the current one. In the meantime, take a look at what I brought to table this year to Adepticon, Centurions-Style! 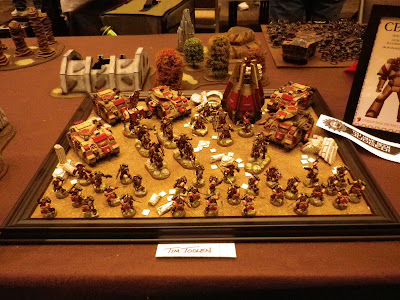 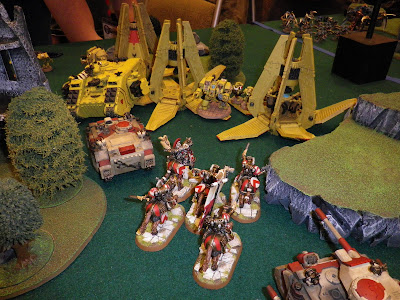 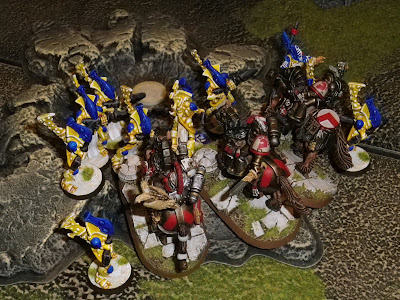 This year I took the Artisan award in the Combat Patrol I entered!
- Tim
Posted by Miniature Tim at 12:32 AM