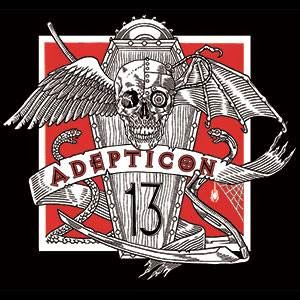 This Adepticon held so very many firsts for me, it wasn't even funny.  They will all get their time in the limelight, but now is the time to address photo coverage of the 'Con itself!

…which I horribly neglected because I played in three straight days of tournaments.  See?  Two firsts right there!

I typically pride myself and this blog on being one of the top coverages, photo-wise at least, of the main events at Adepticon.  This year I dropped the ball on that severely.  Thankfully, the rest of the community did not.  Let's see take a look at some of the best coverage I've found!


First off, a sincere hats-off to everyone I'm about to link to.  Every single one of you deserves all the credit I can give.  If you have some great coverage and I didm' think to you, it was either because I couldn't find a credit to give and didn't want to post it without said credit given, or simply because I haven't found it yet.  If you have some coverage you want to share with your fellow readers, post it in the comments below!

Brian Carlson Miniatures covered the Infinity Terrain…which by the way, was amazing!

DIY Terrain has a great gallery of some random, but cool, things seen.  Everythign from massive pirate ships to titans and Crystam Brush Entries.

Finally, Greggles apparently made it his mission to capture as much of the convention as possible in digital format.  Serious kudos my friend, you took the cake here.

Like I said, if I missed something that you that was particularly spectacular, toss it into the comments below!  More Adepticon Coverage coming from me as well, including reviews of the new venue, the Infinity Tournaments and more!

Posted by Miniature Tim at 1:12 PM